Urban areas are characterized by the urban heat island effect. This phenomenon is caused by a change in the surface and various surface properties and can be measured by both air temperature and surface temperature. The heat island effect results in high thermal stress for urban populations and is further exacerbated by global climate change. In 2003, for example, about 15,000 people in France and about 9,600 people in Germany died as a result of extreme heat events. A person's perception of heat and cold is individual and is influenced by the air temperature, wind speed, solar radiation and humidity in his or her environment.

Urban green infrastructure can influence these meteorological parameters in a local context and thus human thermal comfort at the small-scale microscale. For example, trees can reduce the surface temperature of sidewalks and streets through their shade cast and cool the air temperature through the evaporation of water on the leaf surface. An important task in the management of urban forests is to strengthen these services and maintain them in the future. In the subproject "GreenLungs in the River", we therefore asked ourselves the following questions: Where do heat island effects show up most in Karlsruhe and Rheinstetten? Where is the risk of exposure to the inhabitants highest as a result?  To what extent do trees change the small-scale climate in the city? Which tree species can have a particularly positive influence on the climate?

With the help of mobile measurements, we were able to determine the heat island effect in Karlsruhe along an urban-rural gradient of Karlsruhe and Rheinstetten in the project GrüneLunge 1.0. Afterwards, a neighborhood analysis was performed in which the collected data were linked to additional information such as land use data, information on building development as well as tree and tree species density over the immediate vicinity to the measurement route. Finally, a heat map of Karlsruhe was modeled which will serve as the basis for a detailed heat warning system in the future.

How we can localize heat threats in the city 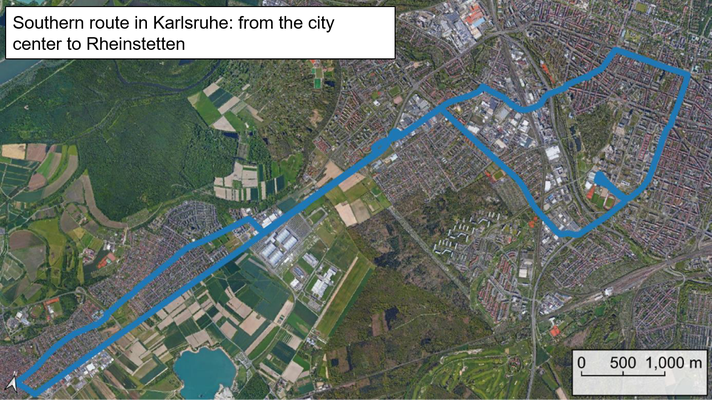 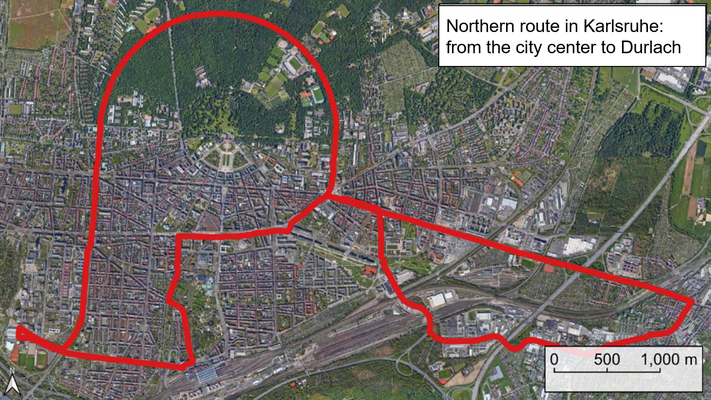 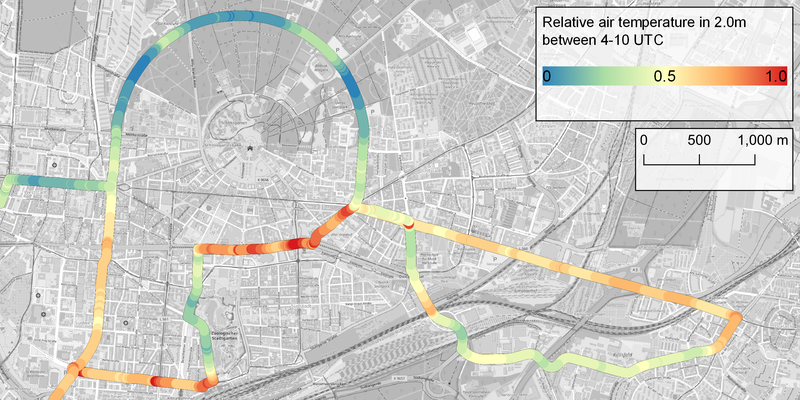 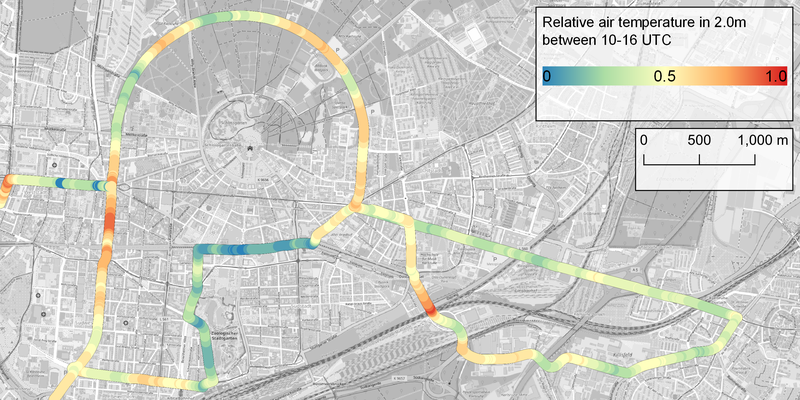 In the neighborhood analysis, the processed meteorological data were considered with different distances to the measurement route from 10 m to 500 m and the immediate surroundings were analyzed for built-up area, vegetation, tree species diversity, land use and sealing.

We found that a high degree of sealing in urban areas resulted in high values of relative normalized air temperature at 2.0 m, especially during the nighttime intervals 0 - 6 am and 6 - 24 pm. During the morning hours, areas with low levels of sealing were cooler than areas with high levels of sealing, and unsealed areas were always the coolest. This increase in relative air temperature from a low to a high degree of sealing was observed primarily in the evening hours. However, the effect may not be due to sealing alone, but rather to the three-dimensional volume of the building mass. This is because the relative air temperature is also influenced by the building height in a similar way.